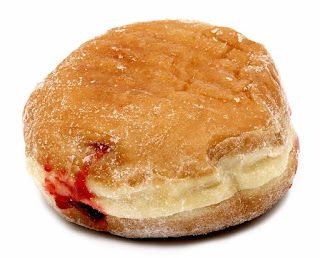 I looked up when I realized that Miss Williams was talking to me. "Some of us know so much we can be doodling while I am teaching."

I quickly closed my notebook, but knew that she would demand that I show her what I had been drawing and then ridicule me before the class.

And she did. She called me to stand in front of the class and laughed at my half-drawn superhero. She showed the class and said, "Pity our chubby friend here can’t be as handsome and athletic as these figures he likes to draw."

The class tittered nervously. They all admired my drawings but knew that Miss Williams wanted them to laugh at me. If they didn't, the whole class would be in trouble. She made my time in grade four the most unpleasant year I ever spent in school. I don’t know why, but it seemed that she disliked fat children, and me most of all. Because of her, everybody in Grade four called me Chubby. Much later in life, I realized that teachers can be bullies, too.

I disliked her as much as she disliked me. So much so, that on Teacher's Day when we were supposed to honor our teachers and tell them thanks by way of gifts, I got a small revenge.

My mother had given me a bouquet for my teacher. I didn’t know their names, but I thought the flowers were pretty - red and white and orange. I wished I didn't have to give them to Miss Williams. When we were all lined up to enter the classroom with our gifts, I looked around and saw Mrs. Kirkano, our janitor.

Mrs. Kirkano was very kind to all of us. She didn’t scold if someone got sick in the classroom and she had to clean it up. She would break up a fight without reporting it to the teacher. She would listen to our problems and help when she could. She knew that Miss Williams gave me a hard time and I think she was sorry for me. That morning, something in my brain said that she was more deserving of the bouquet than the teacher who didn't like me. I broke from the line and ran and put it in her hands.

"Here, Mrs. Kirkano," I said.  "You deserve this more than any teacher." I was the only child in my class who didn't have a gift for our teacher that day, and I think that made matters worse for me, but I didn’t care.

The next day, Mrs. Kirkano handed me a paper bag. "I made donuts last night," she said. "These are for you. My grandmother taught me to make them like this. I think you will like them."

When I looked inside the bag, I saw that these donuts had no holes in them. They were covered with a dusting of fine powdered white sugar. I told her thanks and as I was walking away, she said, "Hey, Chubby, you won't be chubby forever."  I gave her a disbelieving smile.

I don’t know if Mrs. Kirkano's words were a prayer, a prediction, a hope, or just  encouragement. Whatever it was, in my memory it marked a turning point in my life. It started with me sharing one of the donuts with my friend, Harvey. This was something I would never have done before. Then, I stopped being afraid of gym classes and by the end of that school year, I was getting noticeably smaller, so much so that my mother had to buy me new clothes, and even though she complained I knew she was pleased. The impasse between me and Miss Williams continued until my family moved from Desoter, and in grade five I met a new teacher and made new friends who didn’t call me Chubby.
*****
Fast forward many years later. Now a struggling artist on my way to an exhibition, I was passing nearby Desoter and decided to see how the town had changed. I still had a sweet tooth that led me to stop at a cake shop which I didn’t remember from when I lived there. I immediately noticed donuts similar to the ones Mrs. Kirkano had given me. I had never forgotten the heavenly feeling in my mouth when I bit into it, nor the soft-flowing filling setting my tongue dancing with delight. The proprietor of the shop turned out to be one of my old Grade four schoolmates, who didn't recognize me until I reminded him of the name Chubby, and our teacher Miss Williams. Nobody who passed through her class ever forgot her cruelty – given or escaped.

I asked him about these special donuts and he told me that they were produced by a bakery nearby. I ordered one with my coffee and time reversed to that chubby little boy savoring the taste of Mrs. Kirkano's donut. Charlie said that they were very popular in the county and sold out very quickly. I was lucky to have one of the last batch he had received that day. Curious, I asked him to tell me more about the bakery. He asked if I remembered Mrs. Kirkano, the janitor, and said she had started it but her daughter now ran the business. I asked for directions and he said, "Turn right three blocks down. You can’t miss it, about a mile in. There's a big sign which says Home of Chubby's Donuts. They give you joy."

I knew I was in for an emotional experience even before I stopped at the bakery. Underneath the sign was a poster in a glass case which told the story of the origin of the bakery.

The Legend
One day a small chubby boy came up to me, handed me a bouquet of flowers and said I deserved it more than his teacher. I was so touched that I went home and baked a batch of the extra special donuts from the recipe my grandmother had taught me. Next day I gave this little boy who they called Chubby two of the donuts. It was lunchtime and I will never forget the joy on his face when he tasted my donut. That set me thinking. The next day I resigned from my job as janitor at the school and started making my donuts for sale and so the business was born. That little boy reversed my doubts about making use of my Grandmother's gift of her unique recipe. He brought me joy. Thank you Chubby. Each donut is dedicated to you.

I was wiping my eyes when a teenager opened the glass door and asked, "Can I help you, Mister?"

I could barely answer, but I told her I would like to speak to the owner of the bakery. She told me to come in and spoke into the intercom: "Mom, can you come here, please. Someone to see you."

Somehow I expected to see an old Mrs. Kirkano. Instead, a middle-aged woman approached me. Her expression said she didn't like being disturbed.

"Oh dear," she replied. "Mum died a few years back. Maybe I can help you?"

I didn’t know where to begin so I just blurted out. "I used to go to Desoter Elementary. They used to call me Chubby."

It took a minute for the information to sink in. Then she exclaimed. "You are the boy! You are that Chubby!"

She looked at my trim figure (sweet tooth notwithstanding) and couldn’t make a connection.

"Yes," I said. "I was the fat boy who gave her the bouquet because she really deserved it more than my teacher."

She came across and hugged me. "Mother would have been so pleased to see you. She often spoke of you and wondered what had happened to you. Did you read The Legend?"

"Yes," I said, my eyes threatening to spill tears again. "She gave me a present, too," I said. "More than the donuts. She said I wouldn't be Chubby forever, and that started me on the right track."

"What a present to give a fat boy. Donuts!" She laughed. "But Mum was like that. She always saw the potential in people. Come," she told her daughter, "Take a picture of us."

So we posed, standing close and holding hands like brother and sister.

I never reached the exhibition. Instead, I returned home and started a painting of a small chubby boy handing a woman, standing beside her mop and bucket, a bouquet of pretty flowers wrapped in shiny paper. They are looking at one another with mutual admiration.

The painting won first prize in a national competition, and my career took off. From beyond the grave, Mrs. Kirkano had also given me joy. I sent a copy of the painting to Chubby's Donuts bakery. I hope they put it in the glass case with The Legend.

Posted by Unknown at 3:21 PM No comments: